Home About us
Terug naar overzichtBack 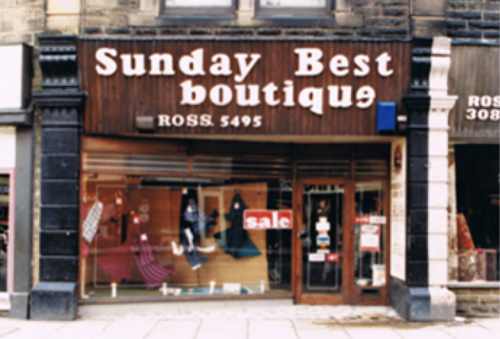 Sunday Best CEO Jan Shutt is inspired…
by the Biba fashion store in Kensington, London. The most ‘In’ shop for gear… ‘A must scene for the switched on dolly bird.’ – Time, April 1966.

BBC. Profoundly deaf Hong Kong born Pui-Wan Lam launches her own label at Sunday Best…
which is picked up by BBC2 and shown for three minutes on prime time television with an audience of six million. Three weeks later, Sunday Best was selected again when The Clothes Show collated the year’s best TV programmes – pushing the SB brand out into the stratosphere.

Jan embarks on a four-part documentary…
on Rags to Riches which is televised on Granada TV & London Weekend Television Granada. 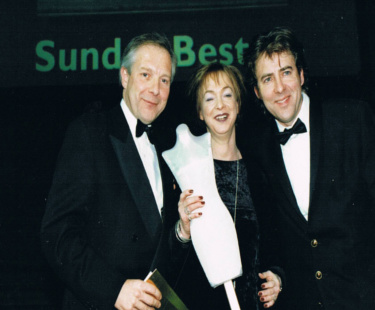 Womenswear Retailer of the Year award…
and the most prestigious award of the night. Held at the Natural History Museum in the Dinosaur Room and hosted by Jonathan Ross, Sunday Best saw off competition from Selfridges, OASIS and Hobbs, to name a few, to win the Overall Retailer of the Year Award for 1997, cementing its place as a national independent retailer. 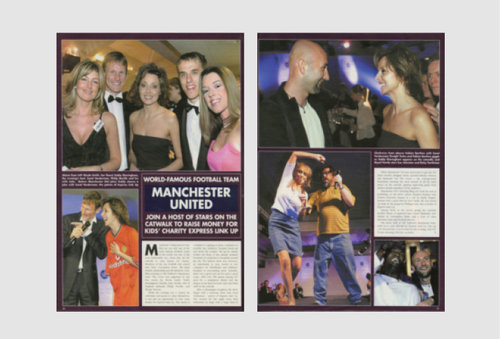 Sunday Best is commissioned by Philip Neville’s wife Julie & Teddy Sheringham’s fiancée Nicola Smith to produce a catwalk show for children’s charity Express Link Up.
Carol Vorderman hosted the event which attracted many of the nation’s professional models and boasted a star-studded catwalk cast including footballer Ryan Giggs, Sue Johnston and Ricky Tomlinson from The Royle Family, stars from the soap Emmerdale and actress/presenter Lisa Riley. The generous celebrity audience raised over £110,000 on the evening. 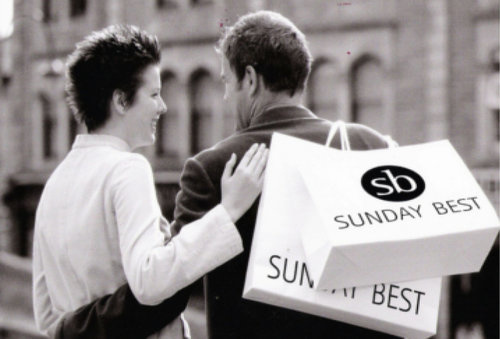 “I just saw something in her, spotted something different about her. She was as quiet as a mouse and so shy in person, yet she came alive in front of the camera.”
Jan reflecting on discovering the fresh face of Agyness Deyn (AKA Laura Hollins), who was selected by Jan to take part in a photo-shoot for a Sunday Best postcard. It turns out that this was Agyness’ first professional photo shoot. 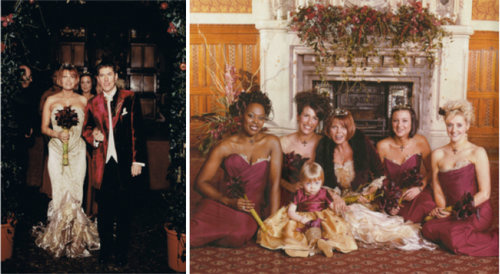 Coronation Street actress Vicky Entwistle commissions Sunday Best…
to find her a designer who would create a bespoke wedding dress and bridesmaids dresses for her big day. Vicky, who doubles up as Janice Battersby on the cobbles, had fellow actress Gaynor Faye (the Street’s Judy Mallet) as one of her four bridesmaids and the whole Coronation Street cast were part of the celebrations on the day. 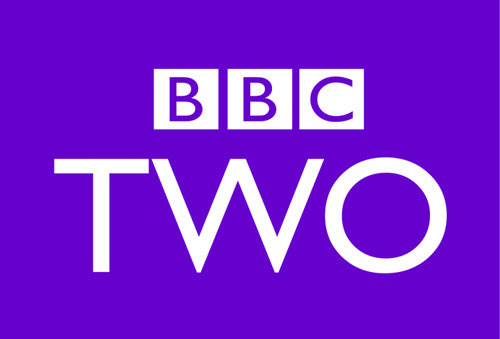 Jan features in another documentary.
This time on BBC2’s Wear It Well programme. During the four 20 minute features, Jan talks to the nation on topics such as ‘Packing for a Pushbike Holiday’. 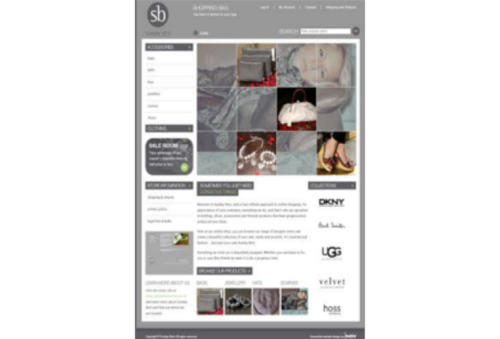 Sunday Best was one of the first independents to launch into E-commerce. 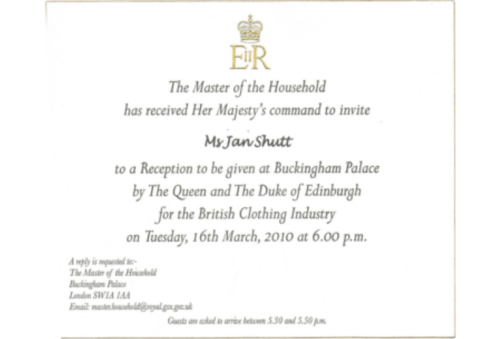 Jan, along with 299 movers & shakers in the fashion industry, are invited to an evening soiree in the Palace with the Queen & the Duke of Edinburgh. 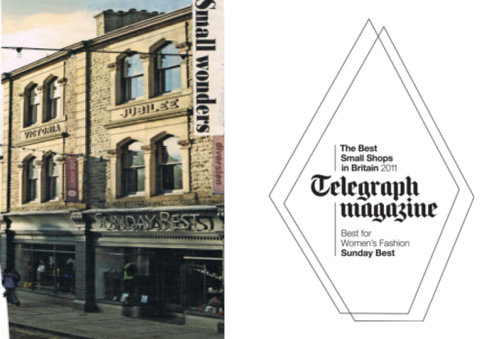 Sunday Best is named Best for Women’s Fashion…
in the Best Small Shops in Britain Awards as voted for by retail consultant and broadcaster Mary Portas, The Daily Telegraph Magazine and the public. “To win a national award by such an institutional newspaper is awesome. We couldn’t have achieved this without the support of our loyal best friends, the customers.” – Jan. 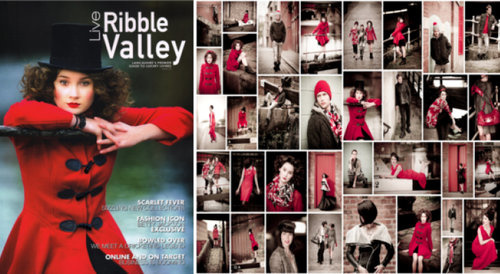 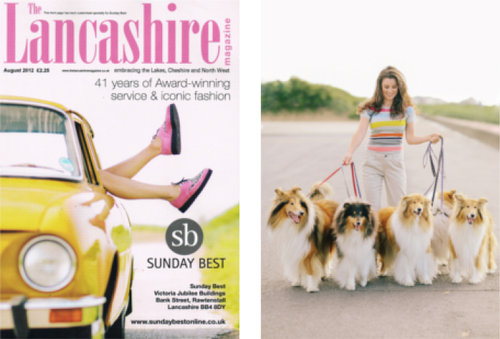 Sunday Best collates fashion from their Spring Summer 2012 collections…
for a fashion photo-shoot in Fleetwood with Aspire Photography.

Sunday Best continues to work closely on a one-to-one basis with designers & celebrities. 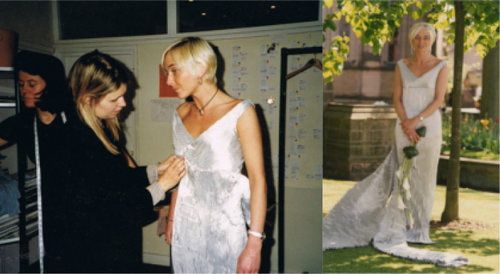 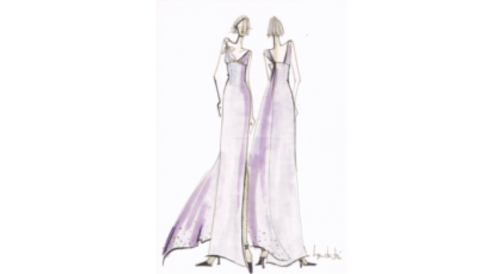 A elegant sketch picture for an evening dress by Ben de Lisi for a Sunday Best celebrity customer. 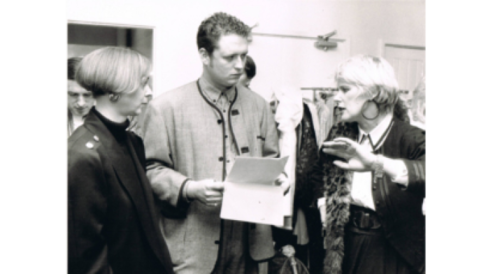 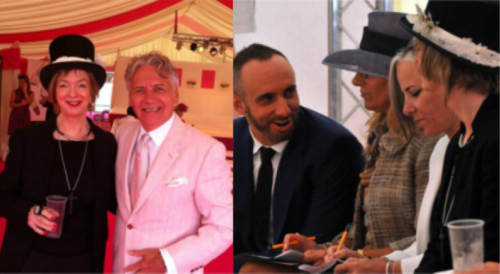 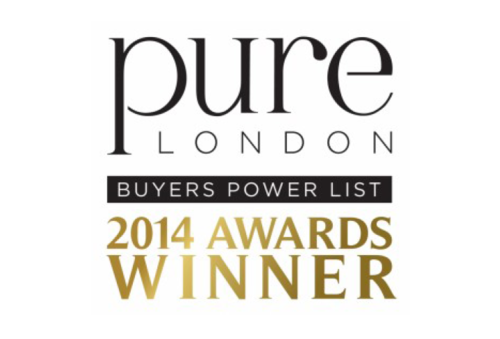 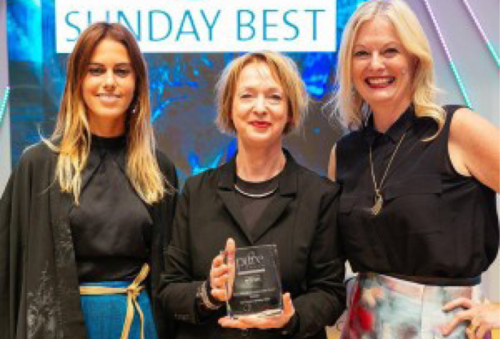 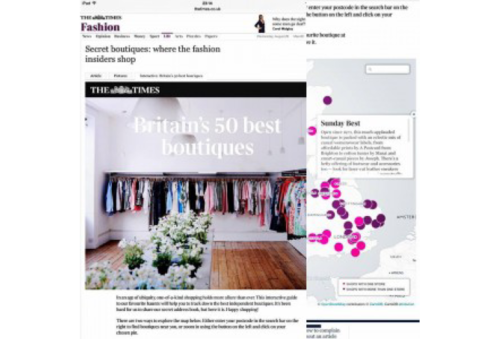 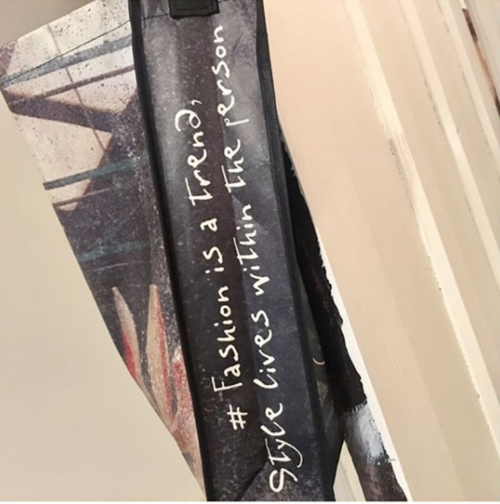 The Sunday Best carrier bag has become iconic over the years and when the time came to have a refresh in 2016, Sunday Best turned to Manchester-based contemporary fine artist Jane Margaret Tudor.

Combining an abstract print of the Union Jack with fashion quotes and our signature "Sunday Best handwriting" Jane Margaret Tudor created a design that has adorned shoppers carrier bags ever since, some of which have been taken around the world! 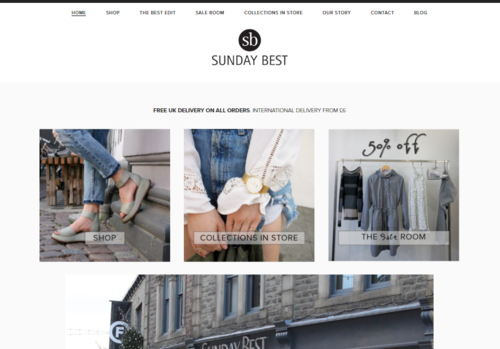 With the trend for 'shopping what you see' on social media becoming ever more powerful, it was time to give Sunday Best online a new look. Inspired by Instagram and with a clean, fresh facade, an edited sundaybestonline.co.uk was born. 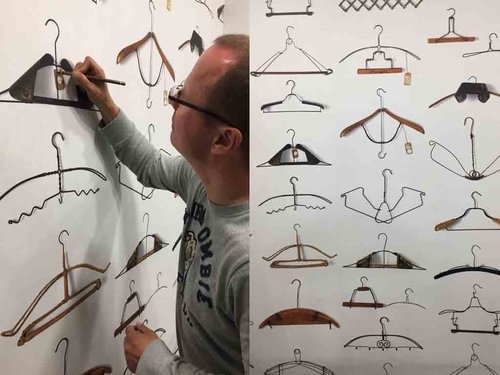 After installing new eye catching wallpaper by Daniel Rozensztroch from our friends at Pad Home, artist Julian (and partner of our very own Pui) added a few finishing touches for us. Hand painted luggage labels reading “56” for our address on Bank Street, “SB” for Sunday Best of course and “1971” for the year that we opened our doors. Julian’s incredible attention to detail blends seamlessly into the wallpaper, but if you look close enough, you’ll spot the one of a kind additions. 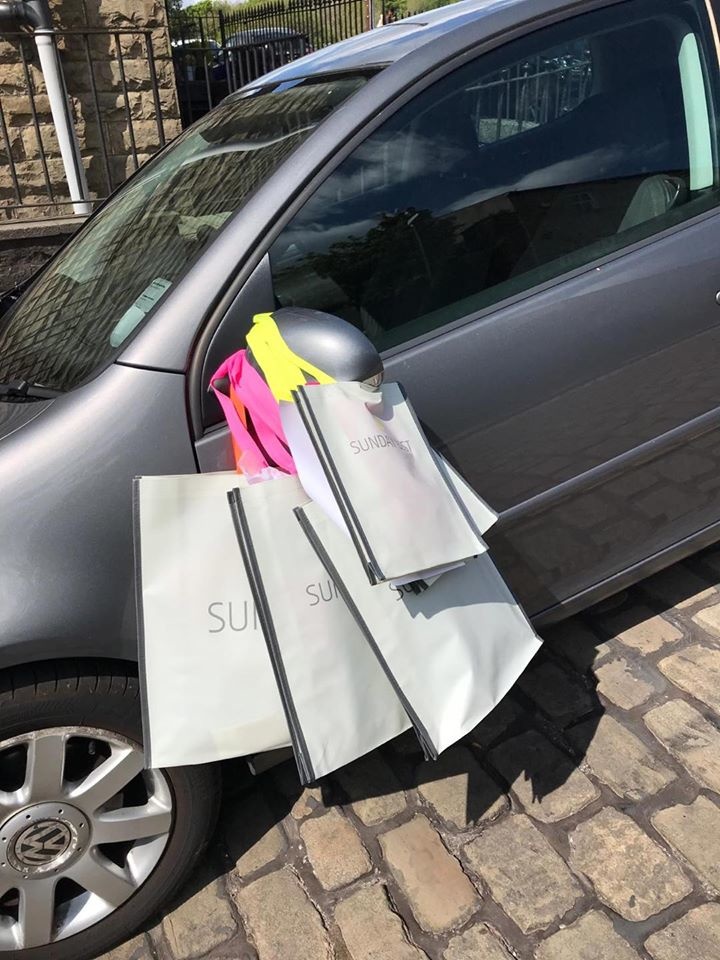 2020 - Sunday Best straight to your doorstep

With the COVID-19 pandemic forcing us to close our doors for the first time in 49 years, we turned this into a positive and started offering doorstep deliveries for local online orders. Cue Jan driving around Rossendale dropping off our brightly coloured Sunday Best bags to add a bit of cheer to a challenging time in our lives. 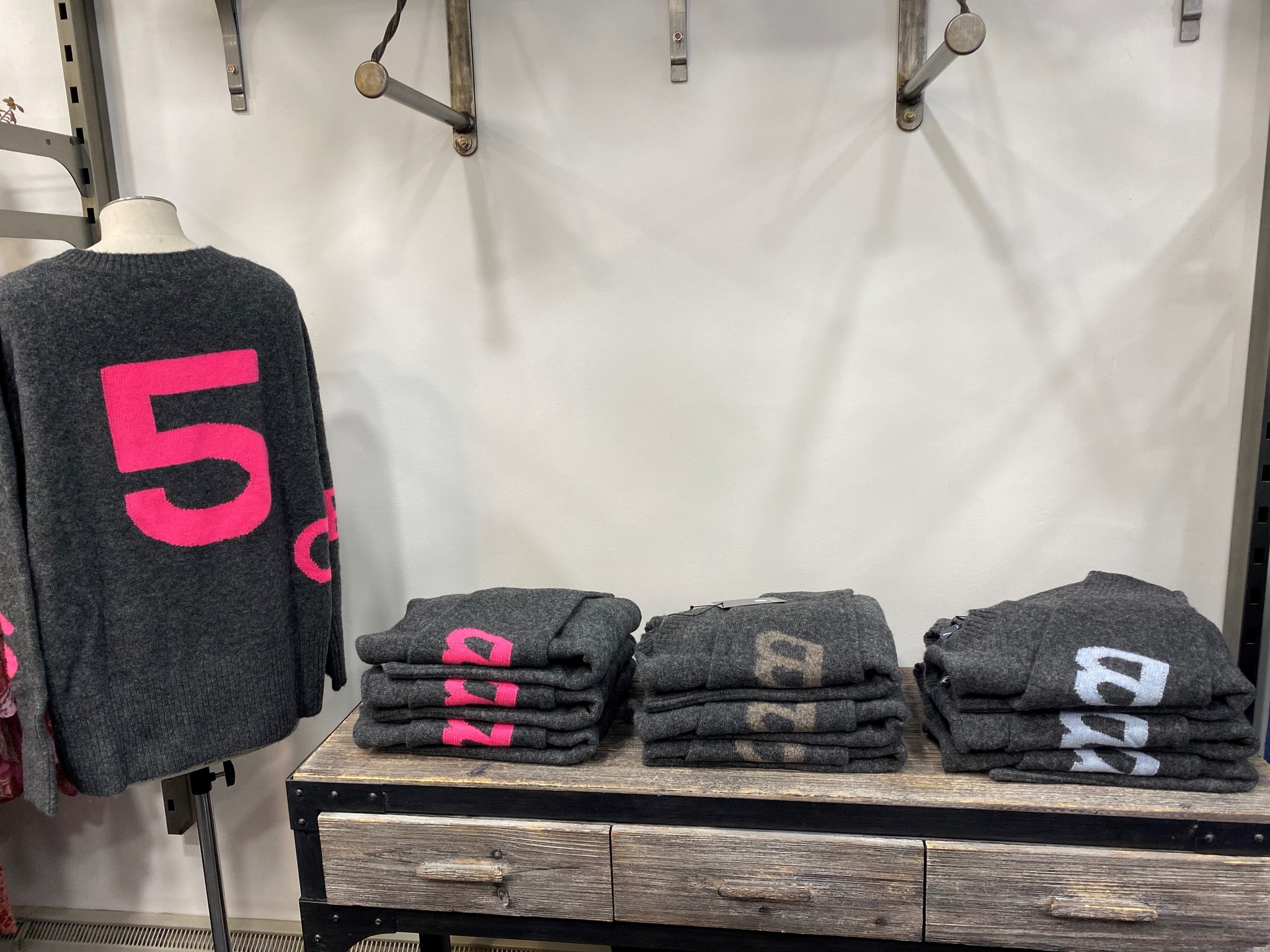 We are so proud to be celebrating 50 years of Sunday Best this year after first opening our doors to the world in 1971!

To kick the celebrations off, Jan was interviewed for Drapers magazine's March 2021 issue to give an insight on what life has been like in the fashion industry for Sunday Best (check out our blog to see the full story).

We have also been creative behind the scenes during lockdown and have designed our very own 50th anniversary Sunday Best jumper which has gone down a storm.

More exciting plans are in store for this year, so keep up to date with us on our social channels and watch this space... 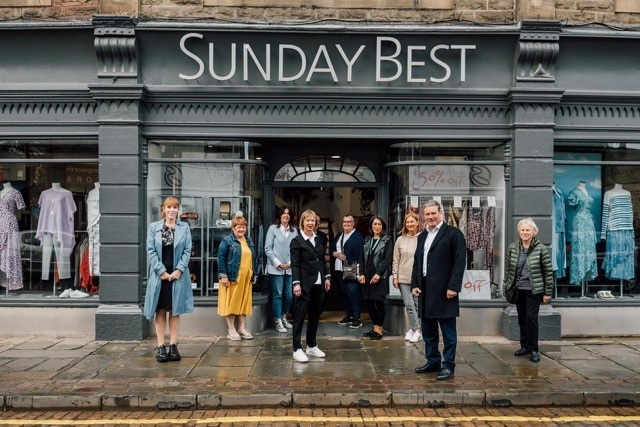 In May 2021, we were paid a visit by leader of the opposition, Sir Kier Starmer who chatted to Jan and the team about life on the cobbles of Bank Street for independent retail. 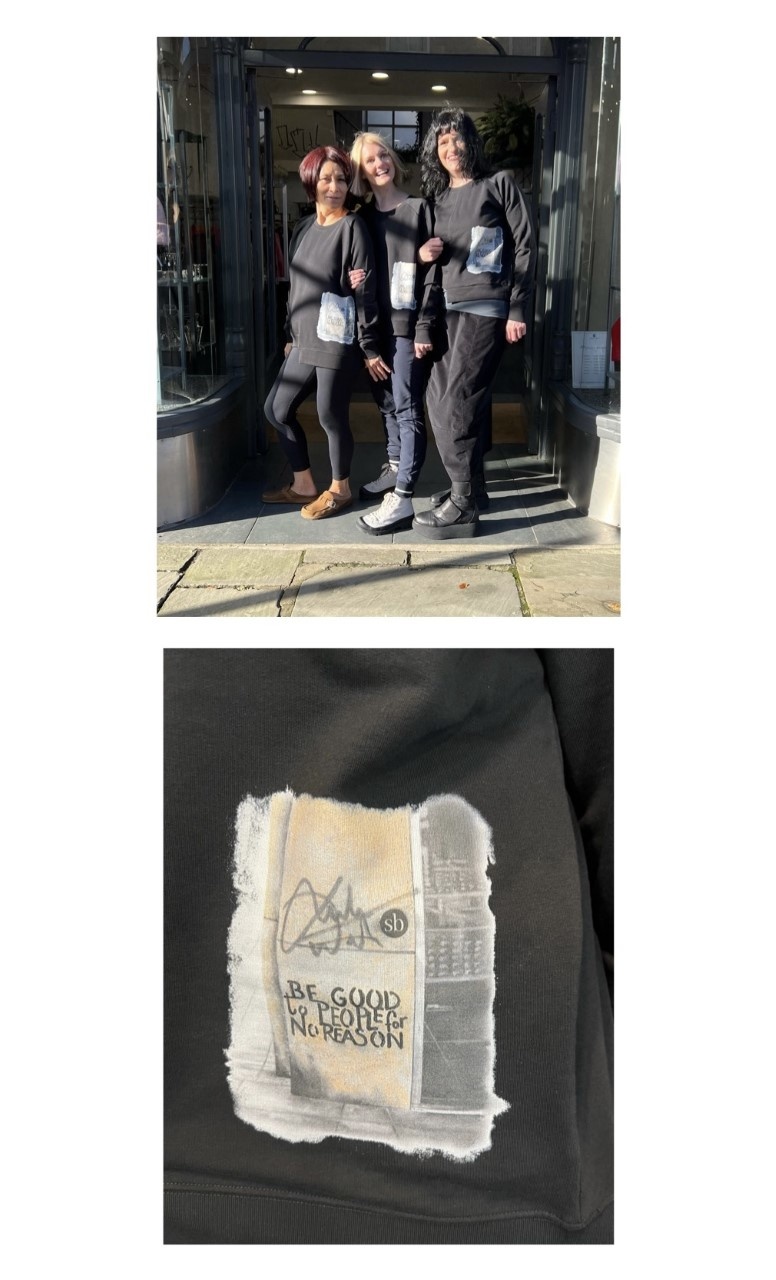 In this pandemic world we all needed to receive & give some kindness, so we put our heads together and created with love this unique piece of artistry with a team of so many talented individuals.

The original image was spotted as street art in Paris on Jan’s buying journey.

Julien Webster, a local artist adapted the image to embrace the kindness message from the Sunday Best team - “Be good to people for no reason”.

The original sweatshirt was customised by the Designer Lucy Margaret Howarth to make the sweatshirt cropped & have the asymmetric hemline.

We hope you love it as much as we do.